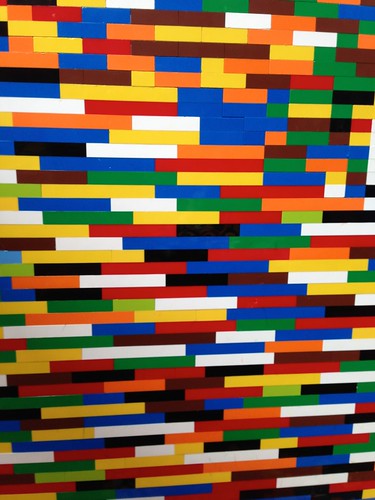 Je-in turned five couple of days back and its been the most elaborate birthday we’ve ever done! It started the weekend before where we brought him to a bike shop to pick out a proper bicycle for him as the current one is more of a trainer-bike without any pedals.

Then on the actual day, we did the school celebration thingy and took the day-off to show up in school with a cake for all the kiddies and the obligatory goodie bags. L packed in a storybook and pack of M&Ms for each kid, much healthier and more educational than the random bunch of candy he normally brings home.

That night, grandma cooked his favorite spaghetti, and we all got to watch him open his numerous presents of Lego, Playmobil, Transformers and cars.

The next morning, he also took the day off school and we brought him to Legoland! Was pretty much an adventure for us too, as we took public transport all the way. Decided to ditch the car as we didn’t want to park overnight in JB.

Took an MRT to the Flyer, and a WTS coach across the second link. Both trips were quick as it was off-peak. We left 1030am on a Thursday morning and arrived back on a 415pm Saturday coach. No queues on the roads or immigration and the coach ride took about an hour and a half each way. Might be due to the exam period in most schools.

The whole Legoland area is pretty self-contained with the hotel, theme-park and even a mall all stacked together so its really convenient if you’re just going to chill there for a day or two.

We spent the whole afternoon at the theme-park checking out almost all the rides, and he got to drive on his own, a kiddy lego car within a Junior Driving School setup. Pretty neat. He loved that ride so much he went three times. And I paid like $14 for his own “license” as a surprise which he wore around his neck for the next two days.

Good thing about going off-peak was there were hardly any queues and we just jumped in and out of the next rides without much downtime.

Major boo-boo we made was to take him on the “Dragon” thinking it was just another kiddy ride within a building. Turns out its the main roller coaster attraction, after one turn, the ride goes out the building into the open space with all the curls and swirls of a proper roller-coaster. He freaked out after the first big drop and buried his head into L. Thankfully he was not too traumatized by the whole 3-min scare and I quickly bought him a toy sword from the store at the exit to distract him.

The hotel was nice and new and the rooms were really family friendly with separate kiddy bunk-beds and adult room areas. Decor was Lego-themed and all throughout the estate you see all sorts of Lego sculptures. The hotel lobby was also a Lego play-area with blocks all over the place for kids to explore their imagination.

View all posts by Digital Pilgrim