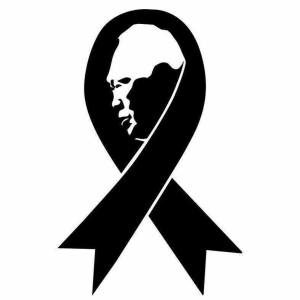 Mr Lee Kuan Yew passed away on Monday at the age of 91. Although in recent years i have grown more critical of him after uncovering historical lessons on the Marxist conspiracy fiasco and the Catholic Church, I must say my stance has soften after the deluge of video clips and articles that inundated the country this whole week either on the mainstream media and through all our collective Facebook feeds.

I was pretty awed by the fact that all the national radio stations played sombre music the whole of Monday for 24 hours.

It was a monumental event. And life will never be the same again. The era has ended.

I now understand why he pushed for high ministerial salaries etc It wasn’t for his own enrichment. If you’ve seen the pictures of his home (its largely a spartan living area reminiscence of the 70s) mismatched sofa sets, basic wooden tables etc He had almost zero creature comforts. You can bet your life any of our homes look better than his.

He pushed his ideals and the money was to draw out brilliant men and women to the leadership table.

Unfortunately, the strategy is not working. There will never be men/ women close enough to his calibre to lead this country as far as i can see.

Its interesting to note that he took Singapore into independence starting from my age now, worked his life away til today. That’s like running a start-up for 50 years! And here i am thinking of how to retire quicker.

I personally detested the bi-lingual policy mainly because i have no aptitude and hated Mandarin. But in hindsight i can see how important it is as a nation not to lose its cultural heritage.

I was also reflecting on all the “bad” things he’s done like banishing and sue-ing all those who opposed his views. And actually, he did what he could within legal / moral means. He never killed or destroyed anyone in totality. Contrast with Russian opposition members getting blown up in cars. NMP Chia made a poignant note in her tribute speech that his opponents’ children were still a varied bunch of doctors, lawyers, bankers etc There was no total destruction of families. He merely wanted to get his detractors out of his way so that he can secure the vision he has for the country. And by and large, his vision is a good one.

So lest i ramble on too long, I just want to say thank you for being who you are and what’ve you’ve done for Singapore. We are indeed blessed to be placed under your rule in this tiny place.

I will end by saying I pray for your soul, Mr Lee Kuan Yew. May the good Lord bring you into his eternal kingdom and may you rest in peace.

View all posts by Digital Pilgrim